Talking about ecology is pointless: a common misconception? 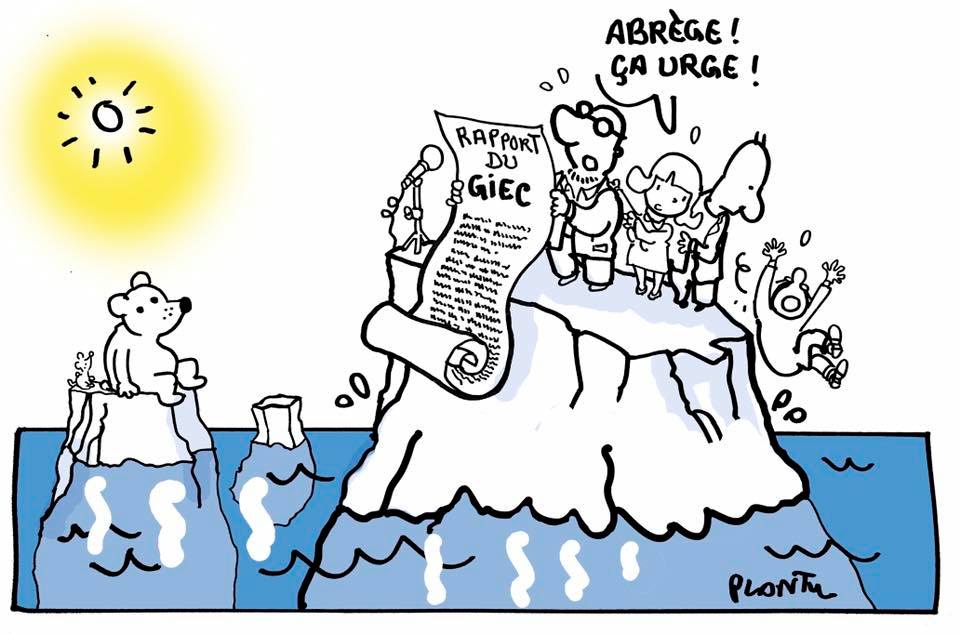 Some people are “fed up with hearing about ecology”, while others are “taking action instead of holding endless discussions”. One might wonder whether talking about ecology is still an effective way of raising awareness. Especially since when we talk about it, there is a strong chance that our words will not be well received by our hearers: feelings of guilt or shame, systematic rejection of our arguments… As a lecturer whose role is precisely to talk about ecology and faith, Jean-François Mouhot, our national director, has long been confronted with these problems.

Marie Pfund (MP): Hello Jean-François. Greta Thunberg made a lot of noise at COP26 when she denounced the “blah-blah-blah” of “our so-called leaders”. Do you agree with her criticism?

Jean-François Mouhot (J-FM): I understand the frustration and anger of the young people of Greta’s generation who see their future and that of the planet endangered by political inaction. I understand that these young people are exasperated by the procrastination of our leaders in the middle of fine words of intent. However, none of us is perfectly coherent and we all dither in the midst of contradictory injunctions. Politicians, like us, are in fact caught between a rock and a hard place: as the psychologist Thierry Ripoll recently wrote, “no State can, without risk and in a unilateral manner, extract itself from the current political and economic model, hence the impasse in which we find ourselves and the contradictions that we all experience in our daily lives” (“Crise environnementale : dépasser l’opposition cerveau-culture”, Le Monde, 14 July 2022). In fact, I think that collectively we have little choice but to talk to each other: the problem of climate change requires the cooperation of all countries on the planet. Which is not to say, of course, that we should not listen to Greta’s (and others’) call for talk to be translated into action.

MP: Indeed, what counts, in the end, is the action… isn’t it?

J-FM: We live in a society that tends to overvalue action, image, ‘reality’, in relation to the word and the Word (see Jacques Ellul’s book, La Parole Humiliée (Seuil, 1981)). This devaluation of the word is partly explained by our hypocrisy: there is too often a gap between what we say and what we do. But in the Bible, the word (of God, of men) is very important. When God speaks, things happen. When men speak, God listens (and that is why we are strongly urged to be very careful what we say, see for example Proverbs 17:18 or James 3). So I think that talking about ecology is very important, and perhaps even one of the most important things we can do on an individual level. At least that’s what Katharine Hayhoe, a well-known climate scientist and evangelical Christian in the US, argues in her new book Saving Us (2021). Katharine Hayhoe even recorded a Ted Talk, entitled “The most important thing you can do to fight climate change: talk about it!” which has over 4 million views on Youtube.

MP: Is there a right way to talk about ecology?

J-FM: A new study conducted by researchers recently analysed the best communication strategies. One of the central points is to privilege compassion and empathy instead of judgement or a ‘clash’ approach, and not to hide or minimise our convictions. But we need to be aware that talking about ecology is complicated, because it means pointing the finger at our individual and collective sin. It is, as Al Gore said, ‘an inconvenient truth’. However, I am convinced that we must do it without fear and that everyone is capable of doing it at their own level.

MP: What does A Rocha do in the area of awareness raising and what is its approach to the issue?

J-FM: First of all, we train Ambassadors, via monthly webinars and a week of training at Les Courmettes each summer (from 24 to 30 July this year, and there are still a few places left!), to talk about the ecological crisis around them and to act. We go to churches, gatherings, wherever we are called to, to present a Christian vision of the ecological crisis and to dialogue with people. We try to follow the approach described in the study quoted above, but we walk a tightrope. We are walking a tightrope between trust and faith in God and an awareness of the seriousness and urgency of the ecological problem; between the hope of a renewed earth (promised in the Bible) and the need to preserve and safeguard the earth here; between our faith in God’s ability to save the planet and the need for us to act.

MP: Finally, do you have any particular recommendations for people who want to get more seriously involved in awareness raising?

J-FM: I would encourage you to get trained first of all, for example through the resources offered by the Ambassadors Network. And then, if you pray, ask God to create opportunities to talk about this crisis and to give you the right words to do so. And don’t be afraid to jump in, you’ll find that discussing these issues will lead you to talk about things that are often difficult, but profound.

What’s your reaction to this article? Send us your feedback!