Chair of Trustees, A Rocha France 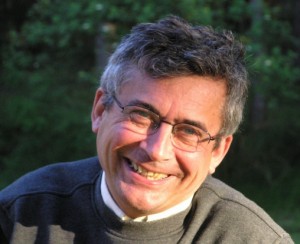 Paul has been involved in international nature conservation for many years, as Director of one of France’s largest ornithological reserves, Parc du Marquenterre, for 20 years, and in various projects in Africa, French Guyana, Vietnam and Thailand. In Autumn 2008, after having served as Director of A Rocha France for three years, he handed over this position in order to take on the role of Director of A Rocha France’s Courmettes Estate (near Nice), while also serving on the board of A Rocha International. His work at Courmettes focused on restoring the centre buildings and securing long term investments. Since March 2016 he has been the chair of A Rocha France’s board of trustees and he was invited back onto the A Rocha International board in January 2020. Paul is also a member of the ecology commission ‘Justice climatique de la Fédération protestante de France (FPF)’ and has been deeply involved in the development and launch of Église Verte, a tool for churches and organizations who want to commit to caring for creation.