Galileo and the price of doubt… 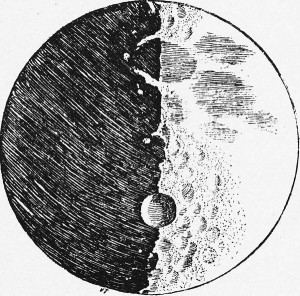 “What we are currently experiencing with climate change has striking similarities to what was experienced by Galileo during his era. Even though he had no direct evidence, his scientific observations led him to support the heliocentric model of the solar system. The famous trial that ensued was not scientific, but ideological – the defenders of the traditional view feared loss of status. But you cannot play around with the facts for ever,” wrote Steve Tanner in the editorial of A Rocha Switzerland’s special newsletter Climate this October. He continued, “Today, we are witnessing the same phenomenon …”

Today, it is well established that the climate is in a warming phase – it is no longer a matter for doubt or scepticism. It is also well- known and documented that there are multiple factors with complex interactions (such as solar cycles, variations in orbits, atmospheric changes, occuring both naturally and due to human activity) which are contributing to this warming. So, why is there still so much doubt? So much scepticism?
If it were only a question of the relative influence of each of these factors, a battle between the experts on climate change would not interest many people! But it is the impact of human activity in this process which immediately makes the topic of more pressing concern.

Is it not the case that by over-stating the effects of industrial development and the irreversible over-consumption of resources we risk nurturing an unavoidable fatalism?
On the other hand if we were to minimise these perceived effects to the point of denying their existence would this not mean becoming resistant to questioning our vision of the world, our economic and social systems, our way of life?
These two seemingly contradictory attitudes – preaching catastrophe or sowing doubt – produce a similar effect at the end of the day, a kind of conservative and sterile immobility.

By resolutely ignoring both past and current pessimism, an increasingly marked consensus is being expressed through statements originating from both religious and secular viewpoints. We are being asked to act and to hope, with realism and optimism
It’s a realism informed by doubt, with the ability to not be content with assertions which are more or less approximate or manipulated. It’s a realistic and cheerful optimism, based not on some vague utopia but on a sound understanding of the mission entrusted to humanity, to each of us, to look after and cultivate our garden, for the good of our common home.

Climate-sceptic? Climate-fatalist?
The time for being inhibited by doubt or for being paralysed by a sense of impending catastrophe is past. The moment has come for us to act, aware of a number of uncertainties but with an understanding of the major issues and with an expectation of the benevolence of our Creator.
At least this is my dream… or my hope!